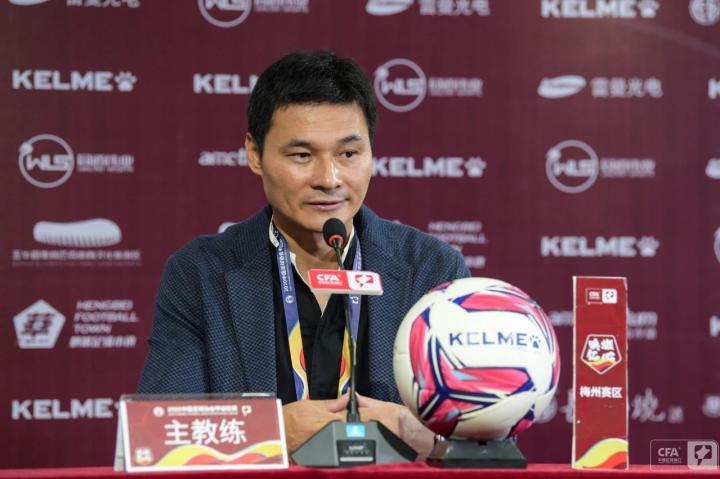 This is a very tough game. This is the first time for us in this format, but the team members showed very good fighting spirit throughout the game. The road is still long, and there are four games behind, and all the games that follow need to be played well. It’s also worth mentioning that our captain Wang Song has maintained his 19 consecutive seasons of scoring records in the professional league and helped the team win. Our team is developing in a good direction. We must maintain this state and play Good game behind.

There is no doubt about his personal ability. The ability and experience to get the ball in the midfield can help the team. But he only practiced with the team once, and we hope that he can run into the team as soon as possible.

Instructor Zhu sent me an article yesterday, mentioning the lack of youth training in Shanghai Derby. I also sigh, now young players hope they grow up quickly. As the old saying goes, there is an old family with a treasure. These old players can bring a group of young players, improve faster, and stabilize the military. Wang Song also demonstrated value on the court today, not only scoring goals, but also running and physical fitness, which have a lot to do with his self-discipline.

This is football, because the opponent wants to equalize, and we are not familiar with the field. There is sand on the field, which is not good for the ball. Because our team still emphasizes passing control under our feet, this venue has limitations for us, and the opponent is also very aggressive and under great pressure. But for football matches, the result may be more important.